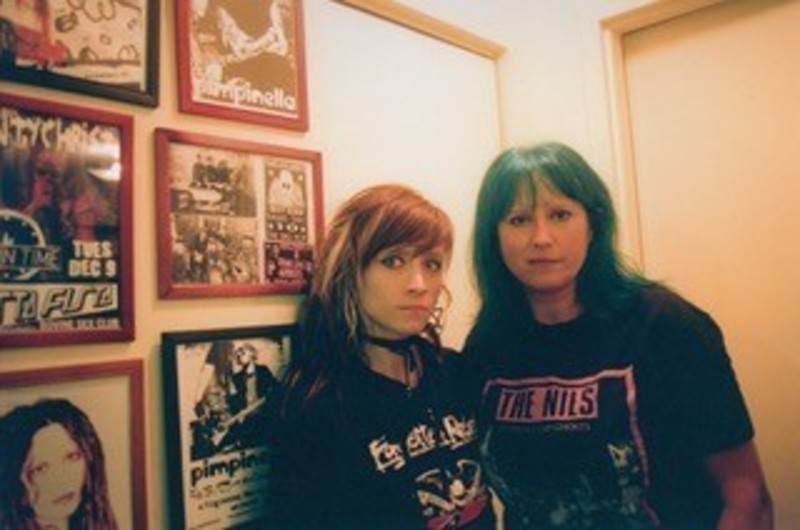 I first heard the term “girls to the front” while watching a video of rapper Princess Nokia. She shouted it to an enthusiastic audience somewhere, maybe in New York City, as the crowd jumped and moved to the rhythm of her music. The folks who identified as women moved forward, jostling in small friendship circles, some moving to touch the stage. A crowd of women at the front encircled the stage. In another performance, Princess Nokia calls all the black women to the front.

Destiny Frasqueri, also known by her stage name Princess Nokia, is from East Harlem, and makes rap music with heavy beats and poetic lyrics that speak on poverty, self-esteem, identity, amongst other topics. As Princess Nokia raps “my little titties and my fat belly” she expresses her feelings and identities as a black, indigenous woman. Through Princess Nokia’s performances considered the impact of making space for women and black women at the front of the stage. I wondered how it would feel for a performer to demand that women be centred, to have space designated for you at a concert?

These questions brought me to research where the word came from; just as Princess Nokia, the phrase was inspired by punk music. In an interview with Alexis Petridis for The Guardian, Princess Nokia speaks of her alignment with punk music.

“The principles of punk-rock culture, of self-expression and DIY culture, that really spoke to me. I remember at school one day there was a vocabulary list on the chalkboard and the word ‘nonconformist’ was on there and it said: “Someone that doesn’t appeal to society, someone who doesn’t fit in.” We had this whole conversation about it and I realised it cohered to the punk-rock world that I was into. It was more than the clothes, although I loved the fashion. It was rooted in this beautiful socio-economic awareness and identity, and just saying: ‘Fuck you, we’re going to be loud and express ourselves.’ It gave me so much confidence and backbone.”

As for the “girls to front” movement itself, Frasqueri says, “Men standing in the back – it’s what’s right. All the shows that you go to, men would just be in the front in droves, moshing and they have such a brotherhood… Girls are, like, quivering in the corners, holding on to their purses, and they deserve to hold so much more space than that. A Princess Nokia show is this place where girls can do that and take [up] space.”

After reading Frasqueri’s thoughts on women taking up space at music shows and punk music, I thought of this in terms of punk music in Hamilton. Hamilton has had a thriving punk music scene for decades, and the all women punk band, Pantychrist, has been around since the early 2000s making their voices heard. I sat down with Emma-O and Danielle Deville, members of Pantychrist, to get their take on “girls to the front.” We met in Emma-O’s downtown Hamilton apartment, which reflected her personality through the animal bone, punk poster, and crystal decorations. 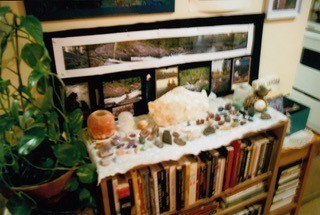 Danielle Deville: “Well the band formed… when was it? Almost 2003? It formed back in 2003. I had been doing music before but I always wanted to do my own girl band thing with just women… we ended up going out to the [Velvet Underground, a Hamilton club] one night, and we went to the washroom and literally formed our band, Pantychrist, in the washroom where we met our rhythm section.”

Have you guys heard, or said, or used “girls to the front?

Danielle Deville: “I’ve done it, not participating in it as a movement but I’m always calling girls to the front.”

What is the importance of then moving girls into the front, having them be the center of the concert itself, or the music scene itself?

Danielle Deville: “I feel like a lot of women, they go to shows and they feel like they’re not meant to be at the front… Its important for women to know they have a place. It’s not just male-dominated, its’ not for men, it’s for women and men, and you know they have a place at the front of the stage as much as on the stage. They’re not just there with their boyfriends.”

Emma-O: “And I think too, especially when it comes to punk shows or heavier music where there’s a mosh pit, maybe girls are a bit intimidated… By saying “come to the front” we’re announcing that this is your place to mosh and jump around and do whatever you want to and you’ll be ok here. This is your spot, it’s for you… I think it’s important to make the mosh pit a safe place for women. I think that that’s a way to do it.”

Can you speak to any times you’ve been uncomfortable in a mosh pit?

Emma-O: “When Stiff Little Fingers [punk band from Northern Ireland formed in the late 1970s] reunited and started touring again…on their first tour I was like, “oh my god! Stiff Little Fingers!” I was so excited, and went totally nuts, and I was in the pit and a guy grabbed my boob. Like just outright... I was just really, like, fucked up. I didn’t want to be in the pit anymore. I just went and sat by the bar… it kind of ruined my time.”

So being unsafe totally took away your enjoyment of the music?

Emma-O: “Yeah. And to this day I remember that incident. That was like, early 2000s or something, it was a long time ago.”

Danielle Deville: “Something bad happened to me when we were playing. Guys just objectifying you, grabbing you, thinking its ok, when—especially when we’re playing—it’s never, it’s never a good thing, but I think the more women that are in the mosh pit the more we can look out for each other.”

As for punk itself, Emma-O and Danielle Deville describe how they are able to express themselves through the genre of music.

Emma-O: “For me its always been an outlet to just be who I am. I’ve always felt like I’m free to express myself however way I wanted, if I was feeling angry I could be angry, I could yell, I could shout, I could swear… I think also that punk really helped me find my identity as a women…“

Danielle Deville: “I was always an angry kid too, I never had any friends in school or anything, when I found punk music—well it actually started off with grunge [laughs] and then moved in to punk—when I found all that stuff, it just kind of gave me a feeling of, you know, I’m not the only one who’s different… It made me feel—it felt like I’m a part of something.”

Despite some musicians, and all female punk musicians specifically, making their shows spaces for women to feel safe and able to express themselves, comfortability is not guaranteed. Emma-O and Danielle Deville offer advice to those wanting to claim space but are still fearful.

Danielle Deville: “You’re never going to feel completely safe—everything seems to be male-dominated, but in order for us to change that you have to get out there, you have to face your fears, if you want to change things yourself—“

Danielle Deville: “You don’t change anything without some kind of fear going into it—nothing gets changed by it being easy.“

You can see more from Pantychrist at their website http://www.pantychrist.net