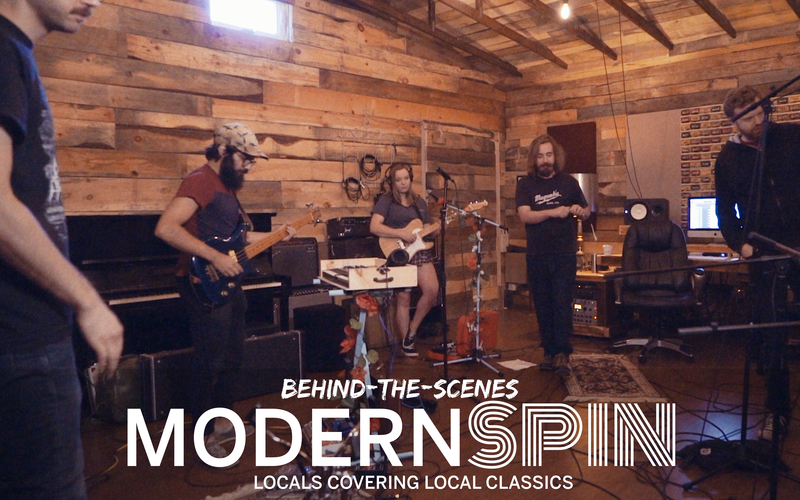 With the release of this week's Modern Spin, we continue presenting Hamilton locals covering Hamilton local classic tracks! Basement Revolver took to the studio this time, with a shoegaze take on Electric Youth's jam "A Real Hero,” which some may recognize from Ryan Gosling’s Hollywood flick, Drive. This film was nominated for Best Sound Editing by the Academy in 2012, but we think if Adam Bentley and Jordan Mitchell had been on the board, they would’ve taken the win.

The trio came into TAPE studio on a sunny Sunday morning with a calm early look in their eyes. After getting their caffeine fix from the wonderful recording hosts, their relaxed demeanor transformed into an exciting performance. The performance was captured by Black Lake Media's videographer Cameron Veitch who continues to amaze us with his art.

With a bit of an unusual setting (in a mildly surreal backyard studio), intimate video lighting, and introspective indie rock sound, the atmosphere in itself was reminiscent of Drive itself. There was a mix of excitement, intense focus, and emotional fierceness. A Halloween release seems fitting for the chills this week’s episode of Modern Spin is bound to reveal. Enjoy this video of exclusive behind-the-scenes content.