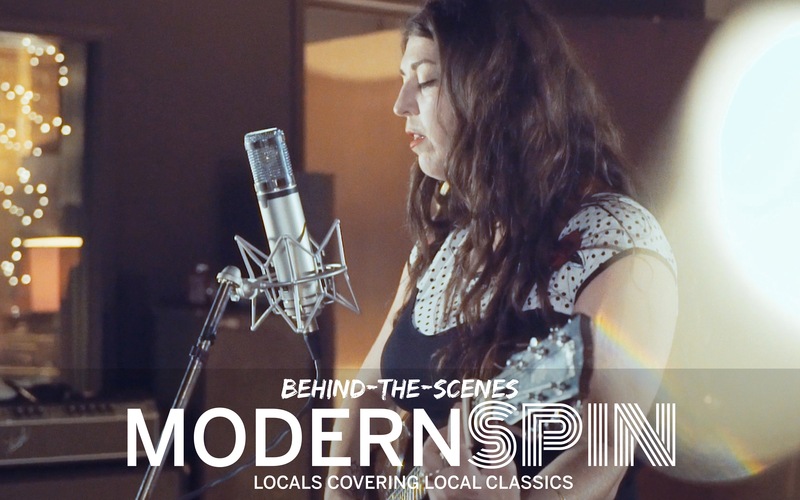 This week, CFMU launched its second episode of its video series Modern Spin, which sees local Hamilton artists performing covers of past Hamilton hits. In this episode, singer, songwriter and musician Terra Lightfoot performs a touching version of the 80s classic, "Something On My Mind" by the infamous Teenage Head.

Lightfoot made a friendly entrance into the studio bearing a Cadbury Twirl chocolate bar she had picked up on her United Kingdom tour. Her performance was recorded in Hamilton at the Boxcar Sound Recording Studio, recorded by Matt Montour and Ben Somer, mixed by Sean Pearson. Black Lake Productions captured the magic and filmed the performance with videographer Cameron Veitch behind the camera.

Terra beautifully transformed a mid-tempo Teenage Head classic into a powerful and warm ballad. She played solo with an electric guitar and her playing perfectly accompanied her smooth and soulful voice. When the recording was finished someone perfectly described Terra's version of "Something On My Mind” by saying  "You'll be able to slow dance to a Teenage Head song!"