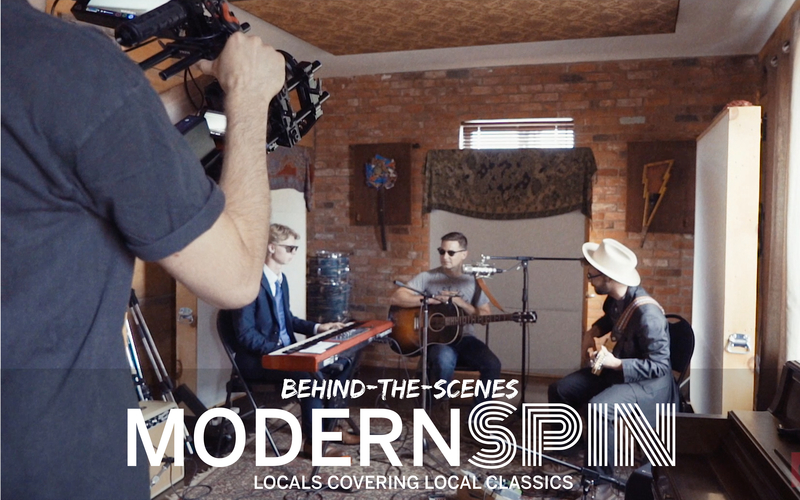 CFMU is excited to launch its new  music series, Modern Spin. The concept: local performers to play covers of Hamilton hits. It kicks off with Matt Paxton, a local singer and songwriter, recording a cover of "Oh No," the title track from Jessy Lanza's Polaris-nominated 2016 album.

The fun, lighthearted tone of the session started right away, as Ethan and Jamie read aloud from an encouraging note left the night before by "drunk Ethan and Jamie." We're not sure if alcohol is the reason they describe their future-video-shoot-suits as "swerve" instead of "suave." Maybe it's just hip new slang.

The band proceeded to play around with popular tunes (including the Star Wars theme) as the crew set up. Matt Paxton and his band ooze authentic talent throughout their performance as they fuse their alternative folk style with Lanza's classic Hamilton track.