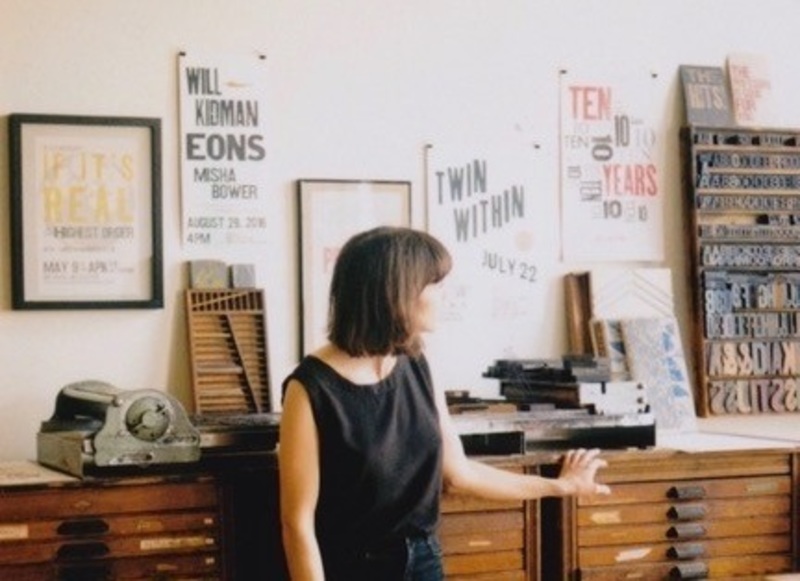 Old practices are given new life by Sara Froese, a local letterpress maker based in the Cotton Factory. Froese, a London Ontario native encountered letterpress printing outside of her formal art education. Although she was familiar with printmaking, etching, and lithography, it took a music festival to introduce her to the medium that would become her own.

“I was at a music festival and a band that I really admired, he had his own printshop and he would print his own little handbills and everything… I sort of followed him online so I knew he had his own shop. And I started researching it… and then I just slowly started collecting equipment. I was really lucky to meet a retired printer out of Chadam, and he happened to pass a lot of his equipment on to me.”

Froese got her press in 2012 and then taught herself how to use the inherited equipment. Through trial and error she was able to learn to use the printing press from 1910 to make contemporary art and stationary wares. She also cited YouTube as a good online resource for those looking to take a self-taught approach to printmaking.

Froese’s first jobs were printing for friends. She started by printing tickets for a friends event—through supporting another creative Froese was able to build her own practice. This was her introduction to the networking necessary to succeed in a creative field.

“Having a community of people who can support each other and spread the word is huge.”

Now she finds herself balancing the custom work that grows her business and the artist work that fulfills her creative drive. “Custom work is money, right, its how I pay my rent so I tend to give that priority but I definitely would like to work with more artists and do collaborative work—and book-making too. I’ve sometimes printed a few book covers for friends of mine. Yeah that’s something that kind of always at the back of my mind, I’m up for it but it doesn’t happen as often as I’d like.”

“I find that sometimes if I’m bogged down with custom work—especially designs that aren’t mine and are just being supplied—its easy to… its easy to start slipping into that zone where it work, which I don’t want to do. It’s the last thing I want to feel about this because I love it. So when I get a job where I’m collaborating with an artist it kind of puts me back in that art zone.” 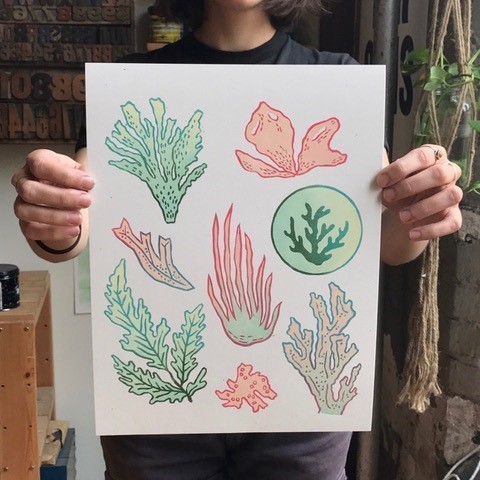 Froese also connects her love of letterpress with the hand-made movement which praises preserving old practices.

“When digital printers came along, in that time frame, most of this stuff was thought to be obsolete. Most print shops either scrapped all of their type or their presses and had to buy digital equipment to keep up with the industry and the demand. Things always turn over to the faster and cheaper.”

Still, some artists saw the worth in preserving the traditional machines and processes while other shops moved to ‘race to the bottom’ business practices and machinery.

“I think now maybe with the whole hand-made movement there’s a lot of people who are really appreciating it again,’ says Froese, “I mean [letterpress is] different than other kinds of printing, you can feel it and see when you’re holding it that its unique.”

Froese moved to Hamilton in 2014 from her hometown of London, and was surprised about how welcoming the artistic community was in the city. “Everyone’s connected and kind of knows each other so it was great [moving to Hamilton].”

As for the Cotton Factory, Froese fell for her Sherman Avenue studio in a similar way to how she found letterpress—it started with a band. “I found [the Cotton Factory] because I saw a video of a band in someone’s jam space … and so I messaged the band and was like, “this is super random but like where is this video filmed,” and it was here. So I looked it up. It was fortunate that the time I was moving to Hamilton was pretty shortly after the new ownership took over here so they were building a ton of new studios.”

The large windows and exposed brick of the former factory turned studio matches the old world aesthetic of the printing machines; however, Froese’s art adds colour and whimsy to the studio space. 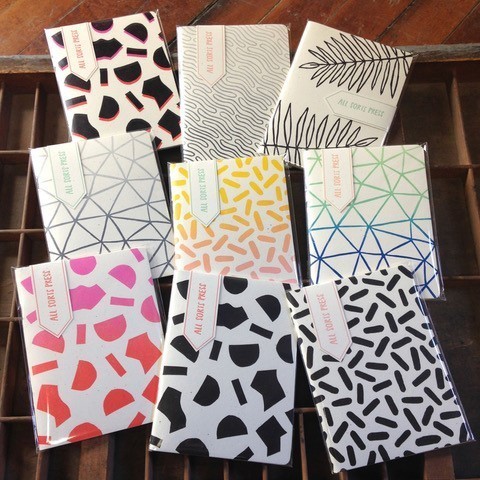 Froese uses bright colours and natural imagery to create patterns and prints. She tends to work in what she calls “rainbow rolls” which are gradients of colours. Glancing through her body of work you would see prints of seaweed and plants, greeting cards, and notebooks with multi-coloured, patterned covers.

The self-taught, Hamilton based artist offers advice to locals trying to break into printmaking. Froese says to just print as much as possible, collaborate with friends, and experiment.

“Just research and just doing it, just trial and error.”

Froese does also recommend Centre 3 as a resource centre, “they have some presses there and introduction to letterpress classes.” Contemporary art never felt more nostalgic than Sara Froese’s pop colour prints. With her printing press made in 1910 and her Cotton Factory studio Froese has literally stamped her art in the Hamilton creative scene.