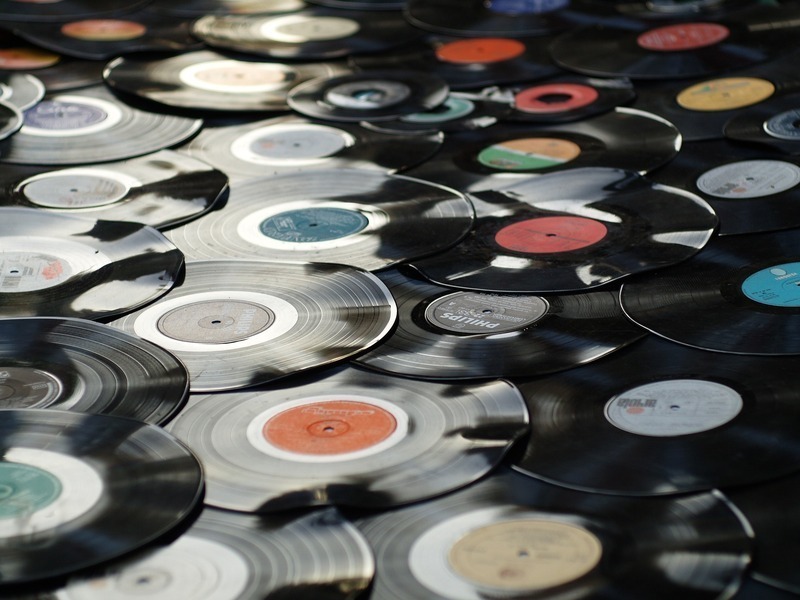 I’m sure to the relief of many people the year of 2016 is coming to a close, starting with the spread of the Zika Virus in African, to a Gorilla being shot, the death of multiple beloved celebrities David Bowie, Prince, Gene Wilder, Alan Rickman, and last but not least the iPhone headphone jack. Nevertheless, 2016 had some good things going for it! Memes were particularly hot this year; we got Pokémon Go, and some great albums as well. Here are what I consider the Top 5 albums from 2016...

The last time we had heard anything new from “The Avalanches” was 16 years ago with their 2000 debut album “Since I Left You”. Since its release people have been eagerly awaiting a follow-up album from this Australian experimental electronic group. The new album was teased with two singles: “Frankie Sinatra” (featuring Danny Brown & MF DOOM) and “Subways." It was finally released on July, 1st, 2016. The album first kicks it off with “Because I’m Me”, an explosion of different musical styles hip hop, R&B, Jazz, with the vocal accompaniment sounding like a kid singing his heart out. Despite having his heart broken, he is so happy to be alive and even happier to be the person he is. It’s such a beautiful heart lifting song that I think anyone could find value in, especially when they are down in the dumps. It is also the highlight track of the whole album. The whole album is the perfect soundtrack to the blistering hot summer we got in 2016, or when you just want to kick it back and enjoy yourself.

The combination of Xiu Xiu and Twin Peaks is a match made in heaven - Xiu Xiu, who’s music I associate with as being haunting and weird but charming, alongside the Twin Peaks TV Show which I can only be describe as confusing, ground-breaking, and creepy. When I heard of Xiu Xiu being commissioned by the Queensland Gallery of Modern Art to commission new spins on the original soundtrack I was excited to hear them. The result is a classic spin on the original soundtrack by Angelo Badalamenti and I was floored by the results. The combination of the original soundtrack but with the Xiu Xiu spin makes the soundtrack even more dreary, haunting and yet beautiful. The standout track for me is the only track on this album that wasn’t a cover of the original album, “Josie’s Past”. I have never felt so haunted by a song before! The song features a female narrator reading a passage out of the journal of one of the characters out of the TV Show Laura Palmer. The creepy narration is about the killer of the TV show, alongside a backdrop that is so haunting, and something out of a scene in the TV show that would have made most people’s myself stomach turn. I was highly debating not putting this since it is technically a cover but I think the material is strong enough on its own that it should be looked at as a cover. I would recommend this to anyone who is a fan of the cult TV show, a fan of any sort of soundtrack music, or someone who enjoys dark, atmospheric music.

Sacramento-based hip-hop trio Death Grips is, in my opinion, one of the most innovative artists in the music industry today, and Bottomless Pit continues that innovation. This is album is a combination of hip-hop, industrial, metal, punk, and electronic music blended all together to create an experience that is unlike any other. Production by Andy Morin and the signature drumming of Zach Hill of “Hella” create instrumentation in hip-hop that is unique, aggressive, and genre bending. The album kicks it off with “Giving Bad People Good Ideas” one of the groups most aggressive songs to date with the combination of the guitar solo, Zach Hill’s hard hitting drums, and MC Ride’s lyricism. Altogether, these make the song an explosion of anger and other emotions. This makes you uncomfortable if you’re a first-time listener, but veterans of any of this style will being nodding their head back and forth with the aggression of the song. My favourite song in the entire album and the most accessible, “Trash,” sees MC Ride addressing the vast amount of music and information being spread as garbage. They see the whole music industry just being one giant collection of trash and they see themselves as being part of this trash that is thrown out and replaced with more trash. MC Ride isn’t screaming at the top of his lungs on this track and I think it ought to be listened to just for the way we share things online. Recommended to anyone who is a fan of hip hop, industrial, metal, punk music or anyone who wants to broaden their musical tastes and have their buttons pushed.

The 9th studio album of the acclaimed English Art Rock band “Radiohead, and what is considering to be the band’s breakup album. This album is heavily influence on the divorce of lead singer Thom Yorke and his wife of 20 years (who recently passed away from Cancer on December, 20th 2016). This album is very different from their past ones which explore different styles of music and experimentation, this one see’s those departments relaxed in favour of more personal dark and moody tone. I consider albums like Kid A, OK Computer, and In Rainbows to be some of my favourite albums but this album is unlike any of those. The first time I listened to this I felt empty - it was the first time I listened to an album of theirs and felt like I didn’t get something new out of it. But after I few re-listening to the project I came to understand this album as being an album about the things taken away from us. On the final song “True Love Waits,” the instrumental is so minimal focusing entirely on the vocals of Thom Yorke who cries out that he is willing to change himself, he feels empty without her, and he is just calling for her not to leave. This album I would recommend to anyone who is willing to keep an open mind and who are prepared to finish the album with the mind state of “Life Sucks”.

2016 has seen the death of allot of well-known and beloved celebrities, but the one that hurt me the most was David Bowie. Albums like the “Rise and Fall of Ziggy Stardust” were favourites of my parents and hold a special place in my heart but only a few months before his death I found myself exploring and listening to a good chunk of his discography. When the singles for the album “Blackstar” and “Lazarus” came out I remember thinking to myself please tell me you're “only singing about your death for artistically purposes and this has no relevance to how you are actually doing” and two days after the release of the album he passed away from Liver Cancer. This album is very much Bowie’s goodbye note to the world and it is as innovative as his older material and as Heartbreaking as he has ever been. The standout track on the entire album is Blackstar the ten-minute song provides a dark and gritty details of his death. He see’s himself as a Blackstar the term that is used when a star dies but transforms into something else and it’s energy still exists. Bowie is very aware of the effects his death will have on the world, he was once a star that brightened the world but even after his death his impact and role will still be felt. The entirety of the album is a bleak look into how he views his death and a tear jerker for any fan of his music. I recommend this to anyone and once again just like with Radiohead, feel prepared to feel like life is crappy but remember the man not for his death but for everything else he contributed to music.