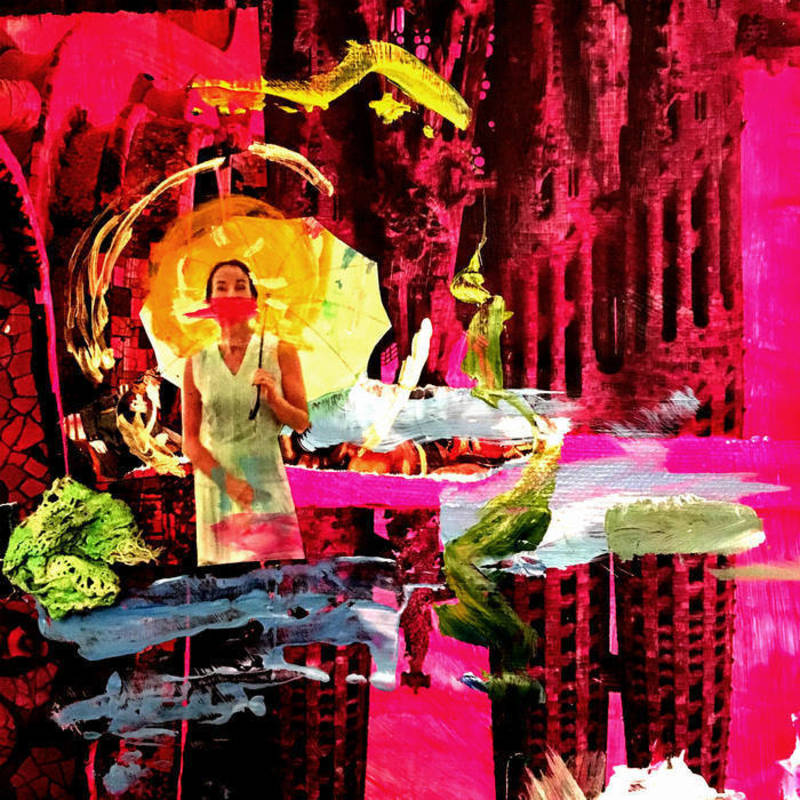 “Hamilton is my favourite city,” says Chrisy Hurn of Basement Revolver. We were playing cards with some friends at the newly relaunched Lounge at Casbah when I randomly decide to start asking questions about her experience as a developing band in our city. I was curious about what the future holds for Basement Revolver.

“We are so lucky because we met the right team almost right off the bat,” she says. “We met Adam Bentley at our first ever show as a band, and he and Jordan Mitchell asked to work with us at Tape. That summer, there was a very special promotion group called Exhale Music Group and they helped us break into the indie scene in Hamilton.”

I first saw Basement Revolver at a house show organized by Exhale Music Group. Immediately, I understood their ability to transcend the indie scene Chrisy mentioned that night. House shows are just one of the new ways indie artists engage with their audience as a DIY means. Self-releasing music on sites like Bandcamp and Spotify is another. There is success to be had from those paths (look no further than Sandy Alex G), but there is definitely a key element required for an indie musician to really build a fanbase this way, and that element is fairly simple: the quality of their songwriting.

Basement Revolver’s songs are vital. They burn with necessity, fueled by genuine feeling, Hurn’s instinctual vocals and backed by a rhythm section of perpetual force. “I’ve become a lot more confident as a female musician and writer in the past year,” says Hurn. “I started to listen to a lot more bands with strong frontwomen – Big Thief, Beach House, Angel Olsen, Dilly Dally, Weaves…all of them have influenced my writing.”

In 2016 Basement Revolver released “Johnny,” a song that saw a flurry of activity on several streaming platforms, exposing the band to a much wider listenership. For a band that writes very personal songs, that kind of exposure can be as daunting as it is exhilarating.

“Most songs that I write originate from my attempts to process life events, and some of them are extremely personal,” Hurn says. When a song becomes shared by many, its meaning often becomes skewed, or takes on a life of its own. It’s an inherent part of releasing music, but it can present weird situations for the person who wrote the song. As much as Hurn understands that divide, she also believes that good art inspires growth and change. “That’s the beauty of making music,” she says. “I can be extremely personal to me as a writer, but it can become personal to other people. I think in the end, I always hope that music will open the door for conversation and change.”

With the release of their new EP Agatha, Basement Revolver build on the foundation of their self-titled EP. Now, Hurns vocals are upfront, at times hugging the deep percussive thumps, at times soaring over the cloud-scraping guitars. Accordingly, “Johnny Pt. 2” from the new EP is a perfect example, as Hurn builds a selfless mantra with beautiful control and potency, against Basement Revolver’s rhythmic power. On “Mountains,” Hurn offers honesty to be taken at face value, or to be applied to your own experience, while layers of thick strums climb ever skyward, balanced on deep-rooted bass and percussion.

With tours shaping up, and even more widespread engagement with listeners as the new EP is shared, I wonder if it all affects their expectation of what the band is, what is should be, and where they are headed. “It’s definitely got me considering music more seriously,” Hurn realizes. “Aside from that, I don’t think it’s changed much. We will always try to write music that is honest, and that follows what we like, so in that way not much changes.”