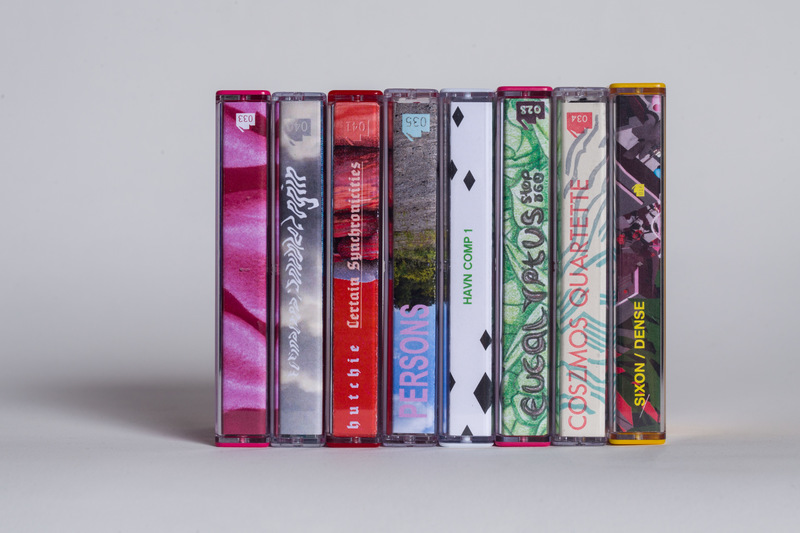 Since its birth in 2012, HAVN (Hamilton Audio Visual Node), located at Barton St. E, has fast become one of the most exciting creative spaces in Hamilton. A self described “node for the development, exhibition, documentation, and dispersal of sound, images, and ideas,” HAVN is a far cry from most other Hamilton venues and art spaces, showcasing mostly experimental artists and prioritizing a D.I.Y ethos.

Alongside hosting some of the more unorthodox bands and musicians in southern Ontario, HAVN also operates its own short-run tape label dubbed HAVN Records. The label was originally started by HAVN founders Aaron Hutchinson, Connor Bennett and Chris Ferguson to sell cassettes for their jazz group Haolin Munk. They have gone on to release nearly 50 albums on tape by various artists including Hamilton producer/rapper Emay, eccentric jazz trio Zena, minimalist trumpeter Emily Denison and the experimental pop group Jaunt. The collection of artists is richly eclectic, encompassing diverse as free jazz, drone, chamber pop and hip-hop. HAVN artists have little in common with one another, sonically speaking, aside from a flair for the unconventional.

CFMU sat down with Hutchinson and asked him about his hopes for the future of HAVN Records, what he looks for in the artists on the label and the importance of releasing the work of experimental musicians.

CFMU: How did HAVN Records start?

A.H: It started up not too long after HAVN itself. Basically, we were really inspired by two D.I.Y camps of musicians in town, one of which was Perdu, who were releasing stuff like WTCHS and CROSSS. At the time I was playing in a quartet called Haolin Monk and a duet called Eschaton with Connor [Bennett]. We were playing free jazz which has a lot of crossover, especially in Hamilton, with noise and other improvised forms of music, a lot of which Perdu was repping. So we were circulating around that scene of people, and one day Connor and I were looking to tour out to Montreal. Around the same time we thought “let’s try making our own tapes” because it’s cheap, it’s cool, and it is kind of a forgiving medium. So we started the label initially just to release our own music, but about a year into HAVN’s existence, we started hosting more shows and HAVN became a really cool place to present music that may not work in a bar setting like Casbah or Baltimore House at the time. Bars aren’t always the most conducive to music that’s meant to be really beamed in on and listened to, but HAVN is a small place and it’s really nice for that.

CFMU: Are there any specific criteria or something you look for in the musicians on HAVN Records?

A.H: Nothing specific. Generally, it’s music that’s weird or experimental, or whatever you want to call it. Really we just want it to have excited us in such a way that makes us want to put it on tapes and be associated with it and commission this album from the artist.

CFMU: What would be some next steps you would want HAVN Records to potentially take in the future?

A.H: If we just had tons of dough, I think we’d want more marketing. We do our best to market our releases but all the people involved with HAVN Records have regular jobs and many, many side-projects so we do our best online but that really only goes so far but I would really love for every HAVN artist to be heard by thousands more people.

CFMU: What would you say is the importance of providing exposure for experimental artists, specifically in a city like Hamilton which has such a large music scene?

A.H: It’s a tough question. I often think “Is this worth it at all? Is this worth anything?” What’s important is giving music that otherwise might not be heard just one extra step up to be perhaps be heard. I believe in all the music that we put out, and that the people who are making it, should be heard by as many people as possible because they actually have something to say. I really would love the world to be weirder in general and I’m happy to have any hand in moving it that way and I think that this art is interesting and intriguing and I think it makes people healthy and happy to hear some of these weird sounds.