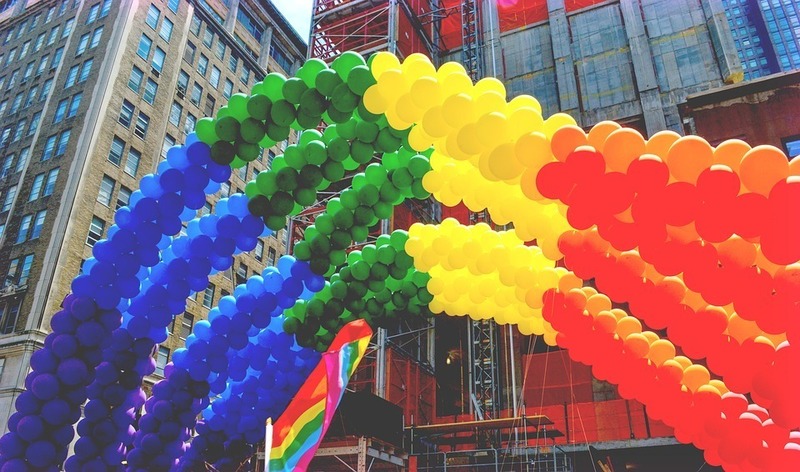 As Pride Month comes to a close, we should not stop celebrating the LGBTQ community or honoring those who fought for the freedom to be treated equally. In many ways, much has moved forward for the LGBTQ community, such as the legalization of same sex marriage in Canada and now the United States, equal voting rights and access to proper healthcare. However, we still have a long way to go before there is true equality for the LGBTQ community.

One way to stand tall and proud is to be an ally for our LGBTQ  friends and families. An ally is someone who works along with another group for a mutual purpose. Nowadays it’s easy to say that you’re an ally; you probably know someone who is part of the LGBTQ community. Still, we have to ensure we’re supporting this statement with actions as well! Saying you’re an ally and being one are two completely different things. Here are some tips on how to be a helpful ally not just during Pride Month, but all year round.

It’s not enough to just say that you’re an ally. An ally doesn’t just accept LGBTQ communities but they also show their ally-ship. This can mean signing petitions, sharing articles about the LGBTQ community, donating and giving up some free time and volunteering to the cause! Show that you care and don’t just say it by putting your support where your mouth is with tangible efforts and actions.

We can’t properly speak on a topic if we aren’t knowledgeable about it, so it’s important to learn as much as we can about LGBTQ history and culture. As a proper ally, we can’t expect our LGBTQ friends to educate us on every single thing. It’s exhausting and could be rectified with a simple google search! There are tons of books, movies, podcasts and other forms of media based on the history and the culture of the LGBTQ community. Use your resources around you to your advantage and you’ll become wiser on the topic! Knowledge is power, and you too can help spread educated facts about the direction that society needs to be headed.

Following on the topic of education, something an ally must learn to do is listen. Not just nodding your head passively and waiting for your turn to speak, but actively listening. Our marginalized friends and families have feelings and thoughts they want to express, and we should be there to listen. Most times we mean well, but when approaching with straight privilege, sometimes it’s best to sit back and let the voices of the marginalized be amplified.

Recognize that as a straight person, you might have more privilege than your LGBTQ counterparts. This means that some challenges that LGBTQ people go through may never happen to you and sometimes, when speaking about LGBTQ issues, people may be more inclined to listen to you. With this in mind, when it’s time to speak up on certain topics, use your privilege in healthy ways to shine your light on positive change. One way you can do this is by promoting the works of LGBTQ folks and giving those voices a platform! Next time you’re on YouTube check out a LGBTQ blogger like Tyler Oakley or Kat Blaque.

There are no breaks

For an ally, as much as a marginalized person, our work is never done. LGBTQ people have to constantly resist homophobia online and in the real world. It can be easy to sit comfortably and choose not to engage, but the right choice isn’t always the easy one. We have the luxury of looking away for a bit while LGBTQ people do not. A true ally battles the daily battles alongside the LGBTQ community. That means calling out homophobic, transphobic, and any hateful comments from friends and family.

As June ends, we must remember our work is not done. Being an ally is a consistent and lifelong battle to educate, promote and hold your accountability for the group being marginalized. We too, as allies, can make mistakes but we must learn from them and hold ourselves accountable. A willingness to learn and attention to care are great things to practice in your everyday travels. Together, we can get that much closer to a supportive and loving community.