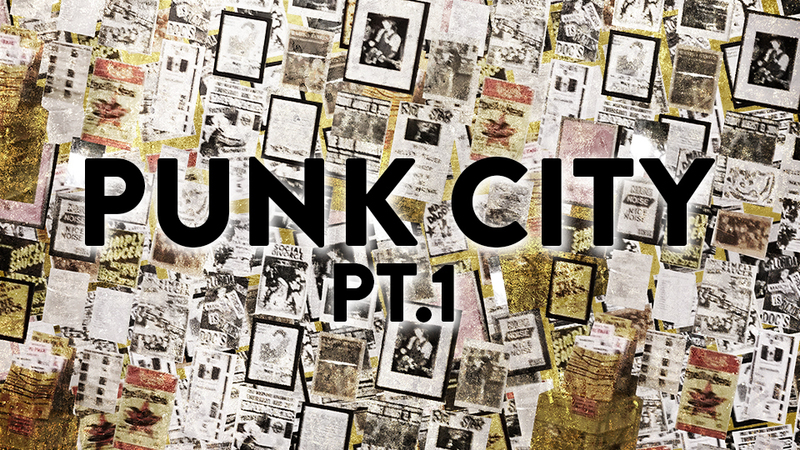 This is a multi-part article. Part 1 introduces Punk City and Hammer City Records. Part 2 provides a rundown of the walking tour.

During Hamilton’s October Art Crawl, vendors and artists filled the walkways of James Street. But it felt like something was missing…where were all the punks?

At the corner of James St. and Roberts, Hammer City Records was hosting the opening night of Punk City, a series of programs and events created to showcase the history and significance of punk in the city of Hamilton. Sid Drmay, one of the organizers behind the event summed up Punk City as: “a really long love letter written to punk in Hamilton and basically, what it’s meant to the city and how it has evolved over the years.”

Hamilton has gone through many changes in its lifetime, but one thing that has remained consistent throughout the years is its vibrant punk scene. This is resilience of punk is part of what  inspired organizers Tara Bursey, Sid Drmay, and Craig Caron to put Punk City together.

“...Punk rock belongs in cities, it was born in cities, and it will stay in cities even as cities change and we are going to stake our claim in cities and make that connection back to cities,” said Bursey. 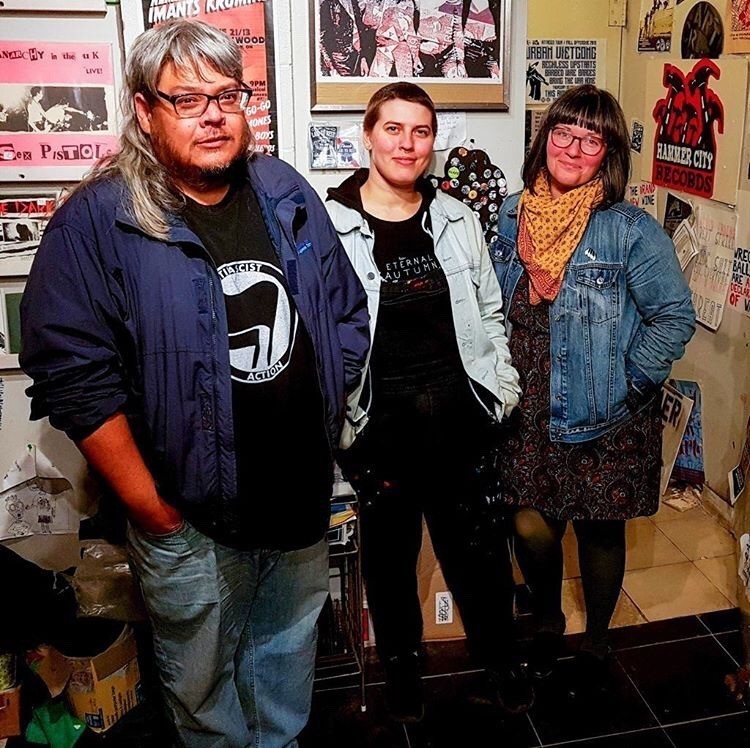 Hammer City also has a strong connection to the city's punk scene, something Bursey strongly emphasized.

“Hammer City is such a special place…it’s already a punk community centre. So many great things are happening here, from shows to art shows to book launches to just birthday parties for kids. We do some really great things down here, so Hammer City was a natural venue...an amazing support system for any punk.”

The Punk City program was an idea originally conceived by Bursey as a quarterly series.

“Something [I] was really interested in was thinking about punk outside the vacuum of punk... [She] always had this fantasy of really putting a spotlight on punk but outside of concerts, because that's sort of the way that punk culture manifests most often,”  she explained.

The punk culture is deeply focused on and intertwined with community. With respect to this, Punk City provides many opportunities to form more connections within the community, while also creating a space for newcomers. This theme is also of particular importance to the organizers.

Punk City is an opportunity to talk about how people built community in the past and how they build it now... the city has an agenda where it's interested in transforming and leaving the past behind. But for young punks, if they can learn and understand how folks in the past created community, it can help them build sort of a toolkit for how they can continue to do that and that's something that's really important to me, developing the walking tour. I've always taken an interest in history, I'm an artist but also have a historian's inclination, and I feel like we can really learn from the past and it is never something to leave behind entirely, it's completely unwise to do so,”  said Bursey.

So many great things are happening here, from shows to art shows to book launches to just birthday parties for kids. [...] Hammer City was a natural venue...an amazing support system for any punk.

Punks gathered in Hammer City on opening night, with visitors passing in and out to check out the program. The walls were lined with posters and zines documenting the history of punk in Hamilton and providing a small taste of what visitors could expect from the walking tours. One of the attendees, Agustin, is an artist who showcases his work through different platforms, with occasional help from Hammer City.

“Hammer City gave me an avenue to be myself without having a fear of being rejected. Here it’s just being yourself and that’s awesome. There’s a tremendous amount of support, love and respect from an amazing community, so I take any opportunity Craig gives me to keep the shop going. This is a one-of-a-kind place, a home away from home,” he said.

Agustine’s work can be found on his Instagram page.

Another attendee, Dave, emphasized the importance of community at the shop: “ Here, it’s the community and the people that keep it going. With similar objectives and beliefs, we are always on the same page and we want to welcome new people, new kids, to keep the scene alive.”

This is a one-of-a-kind place, a home away from home.

Ben, Tara’s partner, also took part in a lot of the early discussion in the event. He provided some more context as to the inspiration and motivation behind Punk City:

“Hamilton is a punk place itself. The genre is with the spirit of the city, not against it. A lot of the landmarks are the same spots you would pass by today and in arms' reach, just not well known. The motivation was to not put the genre on a pedestal and say that this history is lost and can’t happen again, but to demythologize this history.”

[On the punk community]: With similar objectives and beliefs, we are always on the same page and we want to welcome new people, new kids, to keep the scene alive. 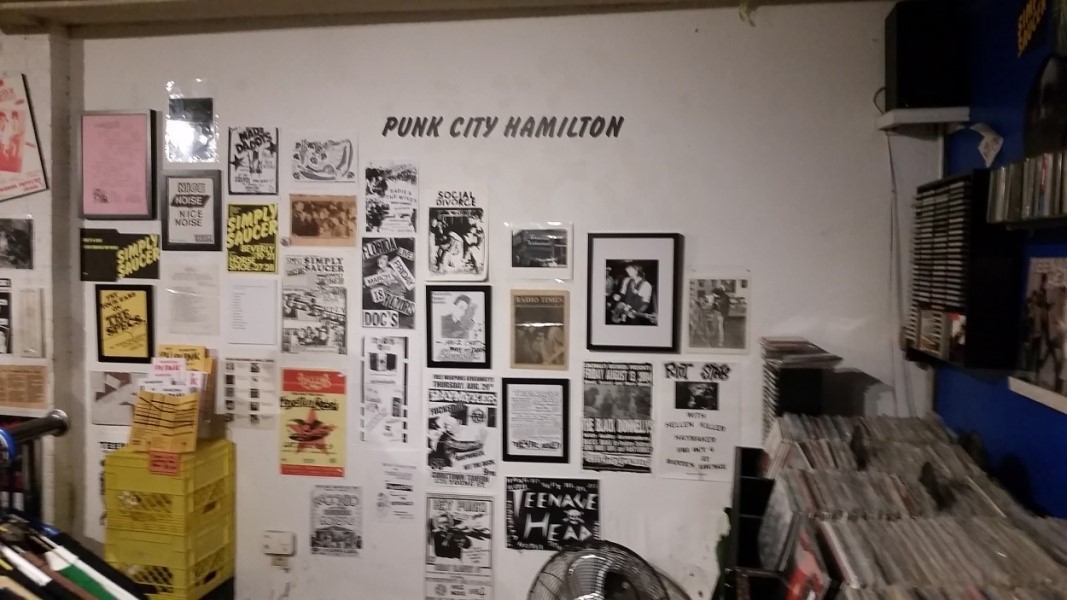 IN PART 2: a complete rundown of the Punk City walking tour. Part 2 can be found here.